A Step Further in the Sustainability Direction

Bicycles are an incredible innovation, a health conscience, Eco friendly alternative to fossil fueled vehicles.  They are universally loved throughout the entire world, from children as young as two, to men and women of every age.

There are more than 100 million bicycles manufactured every year and there are well over 1 billion bicycles currently present in the world already.  The largest accumulation of bikes is estimated to reside in China with nearly 500 million plus found there alone.

Those able to forego fossil fueled vehicles for a bicycle to complete their daily commute have an incredible positive impact on the environment and their own health.  It’s hard to look at a bicycle with anything but positivity in correlation with the economic impacts. But what are bicycles?

Bicycles are hunks of metal, rubber, plastic, carbon fiber and grease.  Now, many of them are also equipped with batteries, but that’s another story for another post.  Bicycles don’t seem so enchanting when you think of them like that, but I’m not here to bash on bikes.  They are still a thousand times better than the alternative…automobiles. There is another, even more eco-friendly and sustainable option out there though – Bamboo Bicycles.

Multiple companies have sprouted up with high quality, well made bamboo bicycles.  These companies are taking an already incredibly eco-friendly product and making it even more sustainable.  Bamboo is arguably the most sustainable material in the world. It’s regenerative qualities are unrivaled, when harvested it can regrow up to four feet in a single day.  It can absorb five times more carbon dioxide and create a third more oxygen than a similar sized grove of trees.

While most bamboo bikes still do typically contain some metal or carbon fiber at the joining joints, the longer stretches of material are replaced by bamboo stalks.  Not only does this decrease the carbon footprint of bicycle manufacturing, it also serves as a highly capable material. Bamboo is very lightweight and has a high tensile strength, it also has a higher shock absorbency than carbon fiber.  On top of that, it’s a cheaper building material than steel, aluminum and carbon fiber. A good company will pass that savings on to you!

If you are interested in a bamboo bicycle, there are quite a few established companies out there already, here is a handful:

Booomers – Yes, the three O’s is the correct spelling.  Booomers also uses there bike sales for additional socio-economic impact as well which you can read about by clicking on their company name. Additionally, the joints of a Booomers bicycle is created with a plant based fiber and epoxy which is somewhat unique in this industry.

My Boo – Is an impressive company based out of Ghana and Kiel, Germany, My Boo bamboo bikes offers handmade city, sport and electric bicycles.  The joints on these bikes are formed with glued and polished hemp rope adding to the sustainability of their product.

Pedal Forward – These sustainable bikes are built with steel joints and Pedal Forward uses a portion of every sale to reinvest back into developing the transportation needs of developing communities.  They only have a few models at the moment, but offer them at a cheaper price point than most.

Bamboocycles – This company, based in Mexico manufactures bamboo bicycles with carbon fiber joints and offers a plethora of frame styles and designs.

In-Bo – A French company, specializing in bamboo products such as bicycles, skateboards and eyeglasses. 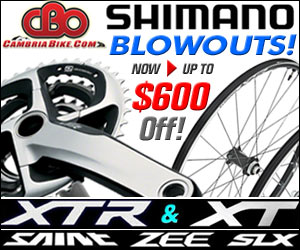