**Caution** This review pays no mind to “spoilers”.

“The Stranger in the Woods; The Extraordinary Story of the Last True Hermit” written by Michael Finkel was released in 2017.  It tells the tale of Christopher Knight, also known as “The North Pond Hermit”. Chris Knight walked into the central Maine woods in 1986 at the age of 20 and stayed there for the next 27 years until his arrest in 2013.

During the time that Christopher Knight lived in the woods, he claimed to have only ever interacted with other people on two occasions.  Once while walking a trail he came upon someone walking the other direction and he merely said “Hello” to him. On one other occasion, three men were hunting and they saw him and he simply waved to them and displayed that he was unarmed.

In order to survive this time in the woods, Knight studies the community surrounding his camp site and learns the comings and goings of its residents.  He opportunistically breaks into the houses and campsites around him to attain the supplies that he needs to make it through the years. After repeatedly breaking into a summer camp for disabled children, law enforcement are able to catch up with him by installing sensors on the doors.  In 2013, they catch him red handed, and so begins the tale uncovering the extraordinary life of the “North Pond Hermit”.

The title of this book is a little misleading, typically hermits are described as someone living in solitude for religious reasons, or someone living a solitary life away from society.  While Chris Knight lived alone, he never left society. He holed up in the woods of a seasonal lake community and he depended completely on that community for his survival.

Michael Finkel learns of and reaches out to the “North Pond Hermit”, after his arrest and is successful in befriending him during his stay in prison while the court system figures out what to do with him.  Finkel throughout the book, refers to Knight in somewhat of a reverential tone, he admires what he did and seems to look to him for some great insight into life that Knight is simply not able to provide. Rather than the spiritual guide that he is seeking, he is instead greeted with what turns out to be an extreme introvert, possibly on the Asperger spectrum with a social anxiety disorder.  Despite the authors many visits and conversations with Knight, he never seems to realize this. He touches on this possibility slightly at the end of the book, but only in reference to the courts and some of the community residences opinion of Knight.

I enjoyed reading this book, but did not feel the same reverence towards Knight as the author did.  Knight was able to survive for 27 years in the cold Maine woods, but purely off of stolen goods. He did not hunt, he did not fish, he could not start a fire on his own, he was never even out of earshot of regular society.  He simply wanted to be alone because he was uncomfortable with human interaction. He stole food, books, propane tanks, clothing, radio’s, batteries, a television, flashlights…you name it. He struck fear into the hearts of families of the community that suffered through multiple break-ins and thefts, not knowing who he was or when he would strike.

“The Stranger in the Woods” was an interesting read, but does not make my recommended reading list. 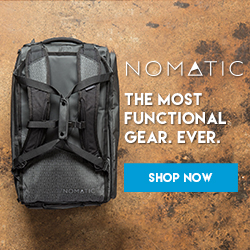