One of my favorite bands of all time is The Lumineers.  They are often described as folk rock, I consider them more of an easy alternative, very relaxing and perfect for streaming through my Bluetooth speaker while I mill about the house.  They have a raw acoustic sound and honest, somewhat raspy lyrics sung by lead singer Wesley Schultz that you will find yourself singing right along too.

Two of the three founding members of The Lumineers; Wesley Schultz and Jeremiah Fraites began performing together in various gigs around New York City around 2002, after the death of Jeremiah’s older brother Joshua.  In 2009 the duo moved out to Denver, Colorado and found their 3rd band member; Neyla Pekarek a classically trained cellist.

After a few years, the band signed a contract and was able to have their first full length studio album funded, the self-titled “The Lumineers” was released in 2012.  This album contained their soon to be break out hit “Ho Hey”, a sure fire double platinum hit. Other hits on this album included, “Submarines” and “Stubborn Love”

The popularity of this first studio album was so large that they were able to tour continuously for the next 4 years off of it.  While touring they wrote and recorded a follow up studio album ready for release in 2016; “Cleopatra”. They were sure to make a point of not changing their style with this release and would not be rushed to release this follow up making sure it was exactly what they wanted it to be.  From the first notes of “Sleep on the Floor” you can feel that they were very successful in that endeavor. “Cleopatra” also introduced us to one of their most recognizable songs, “Ophelia”, as well as the albums namesake song “Cleopatra” and “Angela”. Their folksy, porch playing sound carried through this album just as well if not better than their first album.

Three more years passed after “Cleopatra’s” release before a third studio album was ready for release in September of 2019, “III”.  “III’s” first single and initial hit “Gloria” was released in April of 2019 prior to the album release and offered a preview of the forthcoming album.

“III’s” release sparked a 2020 world tour that will travel its way through Europe in June of July, of which my wife and I will be attending when it arrives in Luxembourg City, Luxembourg on the 30th of June.

For a taste of what the Lumineers have to offer, I encourage you to pull up their “This is The Lumineers” playlist on Spotify. 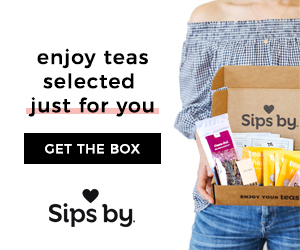